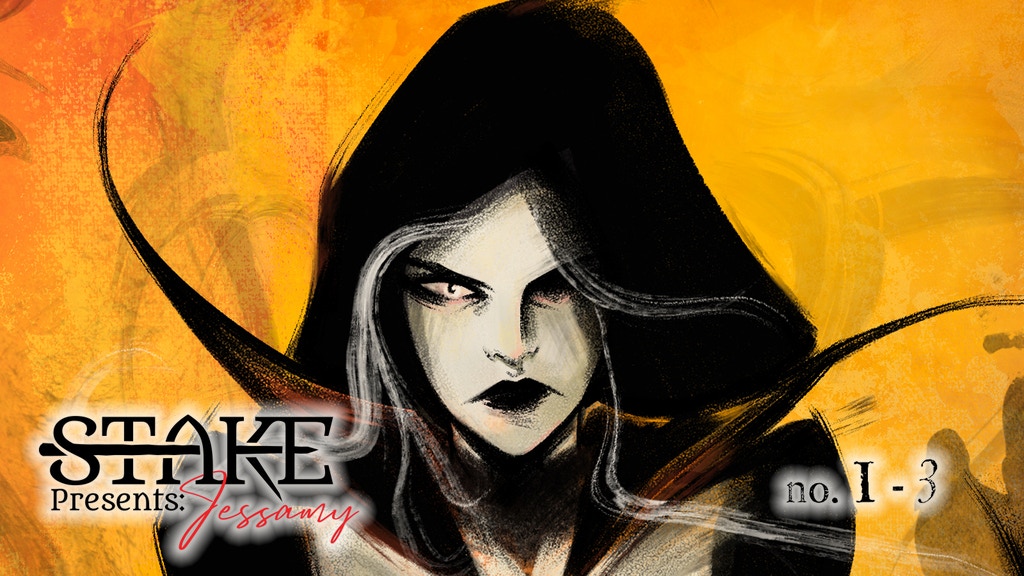 Created by David A Byrne

The finale is here! Get issue 3 and catchup on 1 and 2, as Jessamy and Barnard's story in 18th century America comes to a conclusion!

Latest Updates from Our Project:

The update you've all been waiting for!

Francesca has finalized the art for the interior pages and Joel is on to lettering!

As soon as Joel is finished I'll get digital editions out and get this bad boy ready to print!


Thank you all again for patience, you're the best and we love all of you!

First of all, thank you all for your patience!

I hope everyone is having a great holiday season as we barrel down on 2023.

Sorry for the delay with updates, I was hoping to have the next one be art is done, but we're not quire there yet.

Currently Francesca has a few finishing touches to put on the art and then it will go off to lettering!

As soon as it's lettered, I will have the digital copies out within a day.

We're hopefully looking at the first week of the new year and we'll go to print right after that!

Stay tuned, hopefully we'll have great news by the end of the week!

As the art wraps, I'm going to go ahead and process credit cards so we're ready to go to print right away.

We have a very small percentage of surveys that have not been filled out, so please get to them if you haven't already!

My series Canceled is live on Backerkit now with some awesome covers and a brand new story.

If you like horror, clowns, and revenge, definitely come check out Canceled II!

The Game 1-3 on Kickstarter now!

Written by Charlie Stickney with art and letters by Conor Hughes and colors by Tríona Farrell, the 48 page oversized second issue issue contains Chapters Two AND Three of The Game.  Picking up where we left off, the story follows the down on his luck Eli, who on his thirtieth birthday is told he's Player Number 3 in a game that's been going for over a thousand years.  And that he needs to figure out the rules pretty quick if he wants to survive.


We're seeing the light at the end of the tunnel on this project, back soon with more updates!

Francesca has only a few pages left on this final issue of Jessamy!

As you've seen from the little bit of teasing we've done, they look incredible. I can't wait to get this put together and printed!

Francesca wanted to share these little tidbits for now:

She's soooo good, but don't tell her I said that, we don't want her getting too cocky ;)


Canceled II is LIVE on BackerKit!

The campaign is live now and has some awesome covers from Fredy Bardales (above), Ben Templesmith, Ingrid Gala, Jimbo Salgado, and Jonathan Grimm Art! PLUS coming soon a new cover from our friend Alan Quah!

In case you aren't familiar:

Canceled is a horror comic about a clown, Larry, that lives in the airwaves and uses his powers for evil to influence susceptible people to take revenge...

This new installment can be read without reading the first issue! In Canceled II Y2k is looming and Somaya works diligently to secure her office’s computer systems from impending doom. As she toils away, her coworkers play evil tricks on her. When a prank gone wrong leaves Somaya mentally devastated, digital clown Larry returns to offer a helping hand.

CHECK IT OUT HERE

See ya soon with an update that the art is DONE! :)

It's been a hectic few weeks for the team. Francesca, Joel, and I are all in Florida, luckily none of us had sever damage from Hurricane Ian. The southwest portion of the state had some devastating damage, but other than a lot of water we were lucky.

The storm was one of the worst in state history and we're thinking about all those who are still picking up the pieces.

I just got back from New York Comic Con and the show was crazy. So many people. I also got to meet a lot of artists who have been kind enough to lend their talents to Stake over the years for the first time in person! I got lots of books signed by them for my personal collection and some I may be able to make available at some point.

I had an ashcan for Canceled II at the show that was received pretty well (more on that later), even saw Stake at vendor booths on the showroom floor.

All in all a great time!

In the meantime, Francesca needed to head back to Italy for few weeks to visit family and take care of some business. She asked me to share a message with you that admittedly I'm really behind in sending out:

First of all I would like to thank you for your support and for continuing to love Stake!  Thank you very much ... your affection leads me to give my best every time! .. I thought I would give you this update because I think it is right ... some of you will know that I have been living in Florida for about a year now and in all this time for bureaucratic reasons it was impossible for me to return to Italy .. finally about 2 weeks ago I was able to book the flight for about 2 weeks but hurricane Ian really made me think that my flight was canceled from one moment to the next ... and we in Melbourne were really lucky ... I hope you are all well.  Anyway I am leaving for Italy ... the pages are almost complete and I will send the last ones to David when I return by the end of October!  We will see each other soon!


Francesca is headed back very soon and will be finished with the pages within the next few weeks. I'm restrained myself from sharing more with you because I don't want to spoil anything, but let me assure you, this is her best work EVER!

Oh what the heck:

Canceled II is coming to crowdfunding!

My next crowdfunding campaign is just around the corner and we're trying something a little different! This one will be launched through BackerKit's new crowdfunding platform. Some of you may be unfamiliar with the title, so here's a little description:

Earlier this year, the comic Black Caravan Premiere: David Byrne’s Canceled was released. It told the story of Larry, a washed-up 1950s kids show host that found himself replaced by Cruncho the Clown. Larry tried to destroy the local town television tower, but instead got himself electrocuted...and sucked into the airwaves.

And now in November we'll be going live with Canceled II #1!
Canceled is back and Larry has someone new to play with! Y2k looming is and Somaya works diligently to secure her office's computer systems from impending doom. As she toils away, her coworkers play evil tricks on her. When a prank gone wrong leaves Somaya mentally devastated, digital clown Larry returns to offer a helping hand...

I have an ashcan available on my website with a B&W version of Jimbo's cover:

You can sign up to be notified when it launches here!

We have 94% of survey's filled out. We're going to be going to print by the end of the month hopefully and I will hold the surveys open until then. If you haven't filled out your survey, your name in the Thank You section will be your name from the Kickstarter backer report. If you don't pick your covers I will keep trying to reach out, but can't guarantee I will order enough of any particular variant. Sooooo get those surveys in! (If you're unsure, just reach out, please)


Some other AWESOME campaigns to back!

Travis Gibb is back with the second issue of Granite State Punk (Breaking Edge).

In this issue of Granite State Punk, we look at the legend of Goody Cole. She was the first woman put on trial and convicted for being a witch in the state of New Hampshire. After the end of the last issue, newly straight-edge Zeke goes to Hampton Beach to learn more about his past from his estranged uncle. However, what he finds there is something entirely different.

Cirilla (Cirray) MacKinlay is a strong-willed farm girl, born and raised in the Scottish Highlands during the 19th century, who dreams about a life of adventure. Upon discovering her Pureblood Monoki werewolf lineage, Cirray’s eyes are opened for the first time to the existence of Supernatural beings and creatures of Fantasy. With the aid of Silver Mane, a fellow Pureblood Monoki, Cirray must find her place in the world while training to master her lycanthropy in order to battle the Dark Covenant of the European region, led by the malevolent Mongrel Monoki, Grim Fang.


Back soon with more updates!